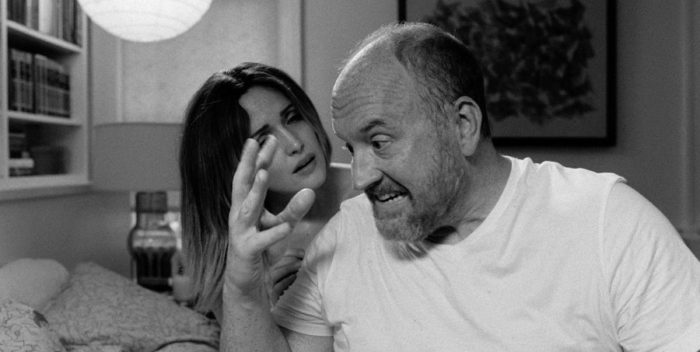 EARLIER Well, well. A copy of Louis CK’s “I Love You, Daddy” has hit eBay and garnered 21 bids. The current bid is for $560. The Hollywood Reporter says another copy sold for over $1000 on November 15th. UPDATE A source says that the DVD comes from SAG-AFTRA.

“I Love You Daddy” is the unreleased film from Louis CK, owned by The Orchard distribution company. They printed up and mailed 12,000 copies just as Louis’s sex scandal broke. They recalled the DVDs but most of them arrived a their destinations. I have one and now (joking) I’m considering selling it so I can buy a ticket to see Bruce Springsteen again!

Kidding aside, it’s a new world, ain’t it? I’m putting my copy in a vault. If you buy it on ebay, you’ll receive an unwatchable film. And there may be some Academy repercussions for the seller.

PS I’ve heard they’re going to cut Louis out of the movie and replace him with Christopher Plummer! 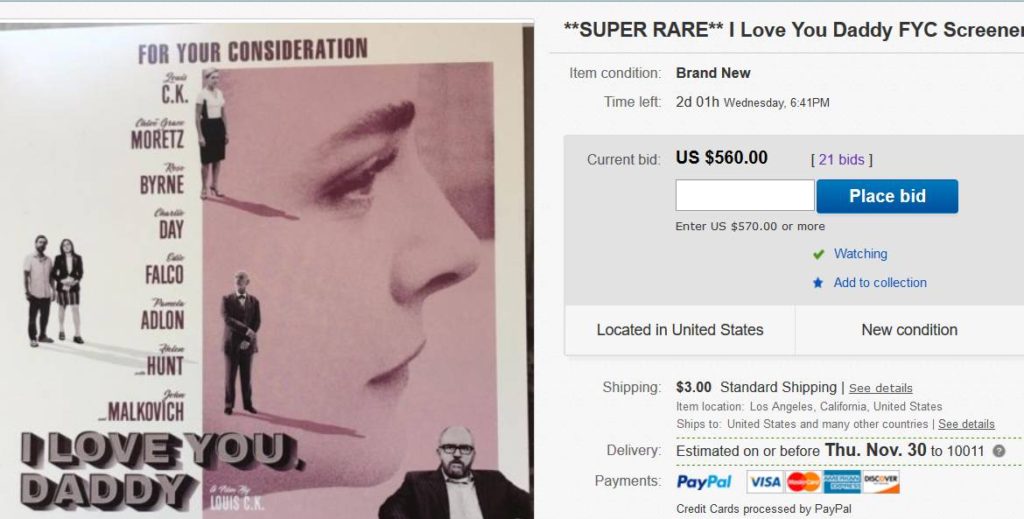