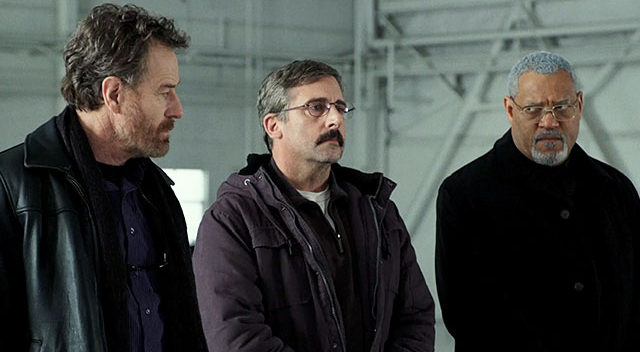 Amazon Studios could really use Cher right now to sing “If We Could Turn Back Time.”

In September things looked so good for the money spending new studio. They’d already had a huge hit with “Manchester by the Sea.” Casey Affleck won Best Actor at the Oscars, Kenneth Lonergan picked up a lot of awards for his screenplay.

Then came “The Big Sick,” which everyone loves and went on to make $42 million via Lions Gate. Again, lots of awards buzz.

The announcement came for the New York Film Festival: all of three of its galas would be Amazon films. Richard Linklater’s “Last Flag Flying” would open, Todd Haynes’ “Wonderstruck” would be the centerpiece, and Woody Allen’s “Wonder Wheel” would close the festival. It was a first, a hat trick, and really exciting.

And now: it’s all in cinders. Amazon president Roy Price is gone from the company after a sexual harassment charges. That’s the worst of it, kind of.

On the financial front, both “Last Flag Flying” and “Wonderstruck” are dead. The former has struggled to get $270,366 in 12 days of very limited release. Not even stars like Steve Carell and Bryan Cranston have been able to attract an audience. The latter film has made $826,697 in 24 days. Good films, decent reviews, but nothing.

(This doesn’t even count the failures of “Brad’s Status” or “The Only Living Boy in New York,” each DOA.)

And then there’s Woody Allen’s “Wonder Wheel.” On Tuesday, Amazon held a non-premiere at the Russian Tea Room with no red carpet and press banned completely. This followed the New York Film Festival opening last month that also had no red carpet. Still, without a carpet, someone got Woody on the fly to comment about Harvey Weinstein. And that went like a lead balloon.

“Wonder Wheel” has a middling 52 rating from critics. Kate Winslet has been talked about for a Best Actress nomination, but she can’t give interviews because everyone’s asking why she works with Woody Allen, whose controversies have become unfortunately linked to Weinstein’s and others. In a strong year for lead actresses, Winslet is not in good shape Oscar- wise. The box office future for “Wonder Wheel” isn’t great.

Amazon, feared in September, now has to count on “The Big Sick” to come through for them. Kumail Nanjiani’s lovely comedy should get a Golden Globe nod for Best Comedy/Musical. And Holly Hunter has a shot in Best Supporting Actress. But beyond that, “The Big Sick” may just remain a little gem with good box office and happy memories–and no sequel.

Will 2017 be Amazon’s last flag flying? Not at all. But it just shows, it was impossible to predict anything with certainty in this year’s Oscar race. We have all been in da Nile.