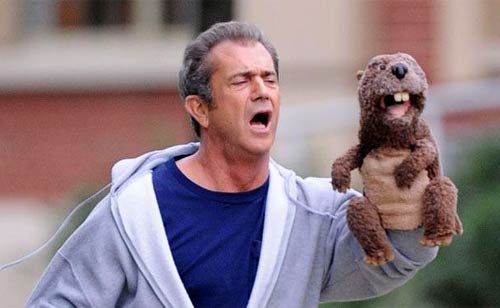 It looks like Mel Gibson’s comeback in Hollywood has been blunted. His comeback film, “Daddy’s Home 2,” is a bust.

The sequel to “Daddy’s Home” has scored a 7– that’s seven– among critics on Rotten Tomatoes. It has 25 negative reviews and 2 positive ones.

Gibson plays Mark Wahlberg’s father in the movie. Until last night no reviews had appeared for the movie, which opens today.

The San Francisco Chronicle says: “By any standard, every person in the world of Daddy’s Home 2 would be scarred for life by the events in the film. The real happy ending is that no one in the audience has to go home with these people. ”

A Toronto blogger notes: “Mel Gibson’s Kurt tries to tell kids a joke about “two dead hookers” (i.e. violence against women) and mentors his grandson on how to grope.”

For Paramount, “Daddy’s Home 2” is strike three in a fall that has gone terribly wrong. Their first two films, “Mother!” and “Suburbicon,” were also box office and critical disappointments. A coming fourth film, “Downsizing,” may not be received much better. The studio also lost $1 billion in financing from Chinese investors. And their beloved executive, Megan Colligan, left after a bitter struggle not to be usurped by men. She’s thinking of filing gender discrimination charges.

For Gibson, that’s it. Since his scandals, he’s been on screen only in junk movies. He directed “Hacksaw Ridge,” which got good reviews although it was hackneyed and overdone. But he wasn’t in it. He should stop now. He’s not coming back.