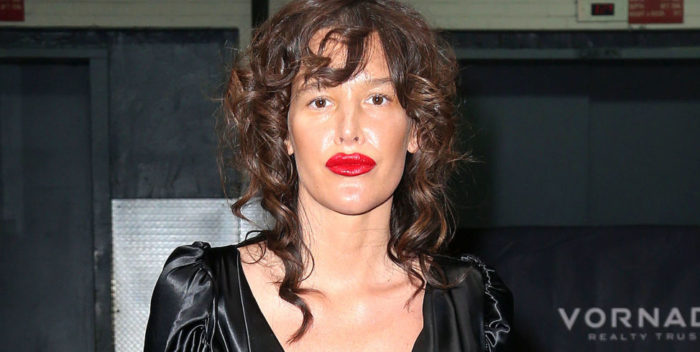 There’s news on the Harvey Weinstein front: the NY Post is reporting that the New York District Attorney’s office will seek an indictment against Weinstein next week from a grand jury. The DA has decided not go for a straight arrest and trial, but to let the grand jury decide if there’s enough evidence to hold Weinstein over for trial.

The case before the grand jury will be the claim of actress Paz de la Huerta that in 2010 she was raped twice by Weinstein.

de la Huerta is not that well known, but hangs with a glitzy crowd of fashion and movie people in New York. She is not a stranger to court rooms or lawyers, apparently. This has nothing to do with her rape claim, but it’s of interest. In 2011 she was injured on set while making a Lions Gate movie. She received $70,000 in workmen’s compensation.

After the workmen’s comp settlement, de la Huerta filed a negligence case against Lions Gate, which was dismissed. Then she filed a $55 million breach of contract lawsuit against the studio. This involved parts of her role in the movie being voiced by a different actress. Last February a court ruled she could go ahead with an appeal to prior motions having been dismissed.

But largely unreported is that this past October 19th, the court dismissed the case. de la Huerta’s six year arduous court battle came to an end.

Now she begins a new one as her testimony to the grand jury will be key to their decision whether or not to indict Weinstein. If the indictment happens, Weinstein would be asked to return to New York from his rehab in Arizona and surrender to authorities.