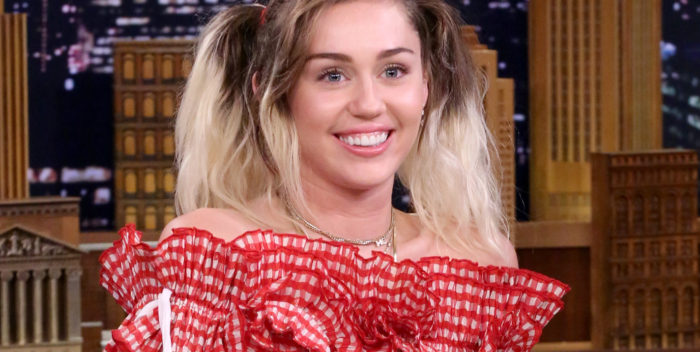 But unfortunately for Miley, her excellent performances came too late to save her album, “Younger Now,” or the songs of that night– “Bad Mood” and “I Would Die for You.”

The album is not in the top 50 on iTunes. The singles are not on the iTunes charts. It’s a mystery since Miley hit them both out of the park.

But “Younger Now” was pretty much dead on arrival in late September. Miley’s switch back to G rated from X or R on her “Bangerz” project was too confusing. No one knew what was going on and there was no clear message.

After “Bangerz” was a massive hit in 2014, Miley went on to make her Dead Petz album and give it away for free. She carried on about the high of smoking pot, claimed she was sexually fluid, posed naked for Terry Richardson. She took a wrecking ball to her good girl image.

But then something happened that has never been explained. She went quiet. And when she re-emerged, Miley was Hannah Montana again, daddy’s girl, re-engaged to actor Liam Hemsworth. Today it’s being reported that she and Hemsworth actually married six months ago.

So what happened in between? How did her family grab her out of the spotlight and rehab her? Not knowing has caused the confusion. She may be Younger Now, but her young audience has decided she’s Older Now.

Miley’s next move is just to go all country. If her marriage to Hemsworth was the trade off for a pop career, that’s cool. But she’s going to have to focus on the country niche. The pop audience is gone.