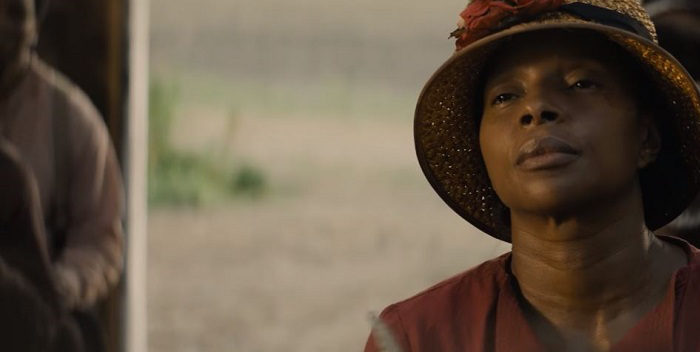 Awards season has started and two women that we will definitely be seeing is the Director Dee Rees and Singer/Actress Mary J. Blige for the simply wonderful, searing “Mudbound.” The film is an epic story of two families, one white, and one black, pitted against each other in the Mississippi Delta. Carey Mulligan, Jason Clarke, Jason Mitchell and Garrett Hedlund round out this truly impressive cast. Taking place in post World War 2, the racial tension and despair, along with humanity and loyalty, make “Mudbound,” one of the year’s best films. Kudos also to cinematography Rachel Morrison for her unique visual take, actually making the rain and mud characters in the film. Simply brilliant.

I spoke with Mary J. Blige last night at a preview and reception for the film in Beverly Hills. I asked her why this film and why now? She answered, “I’ve had a lot going on. Dee called me, offered me the role and trusted me to deliver the work I did. I thank her all the time for offering me this role when she did. I had a place to put what I was going through. I used it as therapy. Every day was amazing for me because it was such a tough time for me. If she didn’t call me when she did, I don’t know where I’d be right now. She gave me something to take my mind off what was going on.”

Mary continued: “I’m proud of the film of the cast of Dee and most of all the message. I’m so truly grateful that I’m even a part of it. “ I then switched gears and asked her about the news of sexual harassment in Hollywood. She replied, “I’m just happy to see that women are standing up. We have to stand up. From the very beginning we have to fight for what we believe in. I champion every last one of these women for telling their story because who knows what they had to deal with for so many years with this secret. I’m sure it’s everywhere. I’ve never had a problem in the music business. But I’m behind every woman that comes forward.”

Mary’s longtime friend, the multi talented Sheryl Lee Ralph, her date was her handsome filmmaker son Etienne Maurice, just finished a stint on Broadway in “Wicked,” told me she’s as busy as ever.

“I have a new Hallmark holiday movie, “Christmas at Holly Lodge,” that is going to be shown every day for a month before Christmas. I’m on the Amazon show “One Mississippi” and always busy with my work with “Project Angel Food.” The films noted Producer Cassian Elwes and Tim Zajaros came out to support this film, (Netflix’s Ted Sarandos is also a Producer,) that surely will garner awards. “MudBound,” is a classic. Congrats to all involved. Well deserved.