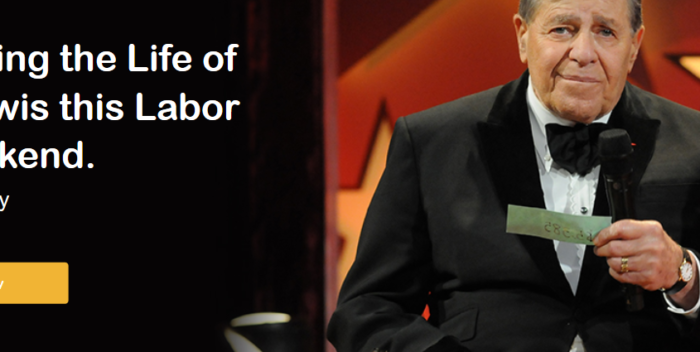 All weekend long they’ve been exploiting his image and his history with MDA to raise money. They have forgotten that they ousted him in 2011 and embarrassed him after over 50 years.

But after the 2010 telethon MDA ousted Jerry. He never returned to the telethon. It died a quick death. Since then MDA contributions have declined.

Jerry would never speak against MDA and now they’re taking advantage of that. MDA is using this picture of Jerry on their home page– with an Oscar on his lap– although he did not have an Oscar. They’ve also been using Twitter all weekend with his likeness and clips to raise money.

MDA is very jealous that the ALS charity became a ‘thing’ when it introduced the Ice Bucket Challenge. Frankly, someone should throw ice on MDA for exploiting Lewis!