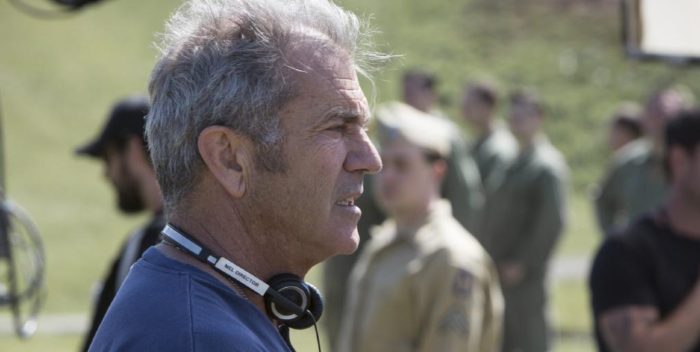 An anti-Semite, racist, and Holocaust denier, Gibson is absolutely not forgiven in Hollywood. Believe me. I’ve checked. I thought well, maybe they’re right. Maybe Mel’s back. Then I asked around during the Golden Globes.

According to my sources, nothing has changed. Gibson, for example, is persona non grata still at WME Agency aka William Morris Endeavor. The agency’s chief Ari Emanuel vowed never to work with Gibson again. Sources tell me he has not changed his mind.

Many other studio chiefs and agents, as well as actors, will have nothing to do with Gibson. At the Golden Globes dinner in the Beverly Hilton, Gibson and his much younger babymama were kept out of the way of the main stars on the floor.

“Hacksaw Ridge” was independently produced, and released through Lions Gate. Gibson’s next movie, “The Professor and the Madman,” is directed by Farhad Safinia, who worked on Gibson’s “Apocalypto,” It’s produced through Gibson’s Icon Productions. Another project with still no details is “Berserker” with his “Braveheart” collaborator Randall Wallace. Again, it will be indie.

What you won’t be seeing is Mel in romantic comedies with the likes of Jennifer Lawrence or Jessica Chastain. I doubt you’ll even see him with Julia Roberts. Gibson’s baggage is still with him, and it’s not going away.

By the way, “Hacksaw Ridge” made $65 million in the US. If it hadn’t been for foreign sales of $92 million, “Hacksaw” would have been a total loser.