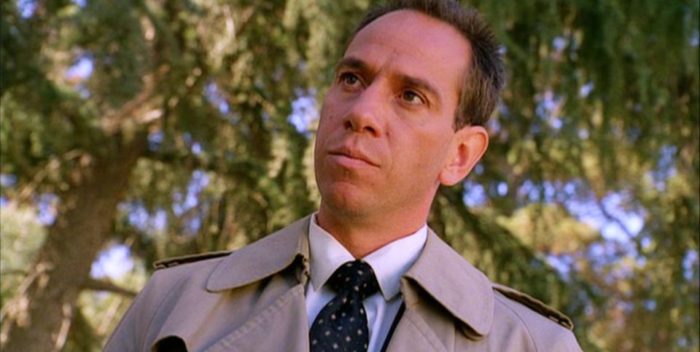 George Clooney writes of the passing of his first cousin Miguel Ferrer: “Today history will mark giant changes in our world, and lost to most will be that on the same day Miguel Ferrer lost his battle to throat cancer.  But not lost to his family. Miguel made the world brighter and funnier and his passing is felt so deeply in our family that events of the day, (monumental  events), pale in comparison.
We love you Miguel.
We always will. “

Miguel Ferrer, well liked actor from “NCIS: Los Angeles” and “Twin Peaks,” has died at the age of 61 from cancer. He was part of Hollywood royalty, the son of the late Oscar winner Jose Ferrer and the amazing singer Rosemary Clooney. George Clooney was first cousin and singer Debby Boone (Daughter of Pat Boone) was his sister-in-law.

I think I met Miguel Ferrer a couple of times and he was always very gracious. He really first came to prominence in the original “Twin Peaks” series in 1990 as Agent Albert Rosenfield. Droll is the best way to describe Miguel Ferrer, and he played off David Duchovny, Kyle MacLachlan and David Lynch on screen beautifully. After that he just worked and worked and worked on tons of TV shows, and it was always great to see him. Ferrer Tweeted last summer about the new episodes: “Happy they released the large and impressive Twin Peaks cast list. So honored and proud to be a part of it.”

Lately Ferrer had been on “NCIS: Los Angeles.” But fans had noticed he was slurring his words in recent episodes. There was talk that he’d had a stroke as well. On last week’s show, he was killed off. I guess the producers knew how had his illness. But Ferrer’s illness must have progressed quickly. Back in July he Tweeted about “NCIS”: “Middle of shooting 802. Starting off as the best season yet by far. Stories and action second to none. Some damn good acting too.”

Jill Hennessy, who starred with him in “Crossing Jordan,” just Tweeted: “Can’t believe this gut-punch…just heard @Miguel_J_Ferrer passed..loved that hilarious, brilliant dude. So much luv 2 his family. Unreal.”

There will be lots of Tweets and toasts from his friends and co-stars.  Condolences to his family.