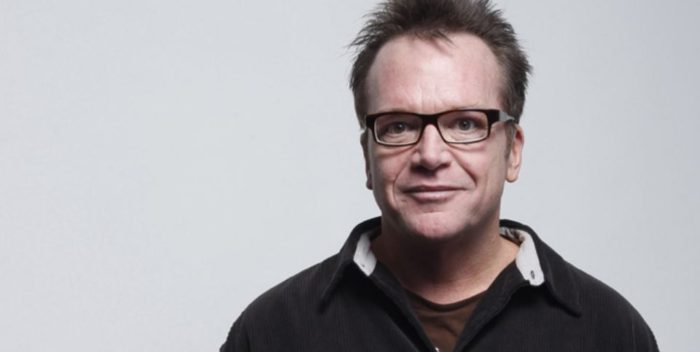 In a long Twitter thread today, comedian-actor Tom Arnold explains to actor Michael Rapaport the whole saga of his secret tapes with Donald Trump from “The Apprentice.” To wit: Arnold has been saying for a long time he has outtakes from “The Apprentice” that would show Trump in a very bad light. (It would have to be incredibly bad since we’ve seen him at his worst already and his followers don’t seem to care.)

Responding to Rapaport, Arnold admits the tapes he has “Are disgusting but not illegal.” So that’s one thing. He says “Watergate level” journalists are reviewing them– sort of implicating Carl Bernstein if not Bob Woodward. He’s also been conferring with lawyers.

Arnold says he made the tapes from online links he was sent of his performances by the show’s producers. They had a limited time password. He was smart enough to download them before the password expired.  He adds– “When the threat” of Trump becoming president started to look real.

1. I’m going 2 explain cause I know U rode Trump’s butt for the 5 yrs it took him 2 confirm Obama’s legitimacy. I received tape via program’

2. Used in our biz 2 prevent piracy. Had a limited time password. When I received no one thought Trump would be Pres. When it became real

3. People got scared. Can’t blame them. Me & my fam get threatened by Alt Right nuts a lot plus only Billy Bush’s career was hurt by “grab

4. Her by the pussy” tape. Normally I don’t think a persons private life should affect job. Didn’t say anything about Natl Enquirer paying

5. Off Trumps playmate girlfriends. Plus he’d always been nice to me but he became a bully. John McCain’s POW heroism, Cruz’s dad killing

6. JFK Etc. Not the guy I knew & he was stoking racism. Lying. Basically saying anything to get elected contradicting himself. Then the

7. Russian hack happened. That and him lying about releasing his taxes. I knew he’d spoken to Putin 2013 in Moscow during Miss Universe

8. Contest from NBC guy that was with him. I shot a movie “produced” by one of his bus partners & Putin pal. Very chatty. This was 2015 so

9. Of course he didn’t think he was telling tales about what happened in 2013 to a US President. You have to see his taxes. These tapes

10. Are disgusting but not illegal. I’m not going to out the little guy but I personally confronted 7 powerful Hollywood people who have

11. Everything. They hate me now. Terrible career move but I believe if Russia has something they can blackmail our president with its worth

13. Will give you the names of the 7 big shots and you can risk your livelihood and confront them too. All will be reviewed soon. Smart

14. Watergate level journalists are ontop of this.

I’ve known Tom Arnold a really long time and like him a lot. I don’t know why he didn’t just leak this stuff a long time ago. And if it’s just disgusting, and not illegal, will it matter? To whom? Not to the drunk trucker guy I stood in line with yesterday at CVS who identified himself as a “Trumper” and said the president elect was “gonna do good.” Not him.  But maybe something on Arnold’s tapes will really clinch it. Who knows?

Rapaport by the way described himself thusly in a reply: “Never rode with or supported Trump ever.Grew up in NY seeing him my whole life.3 card Monty Hustler.”