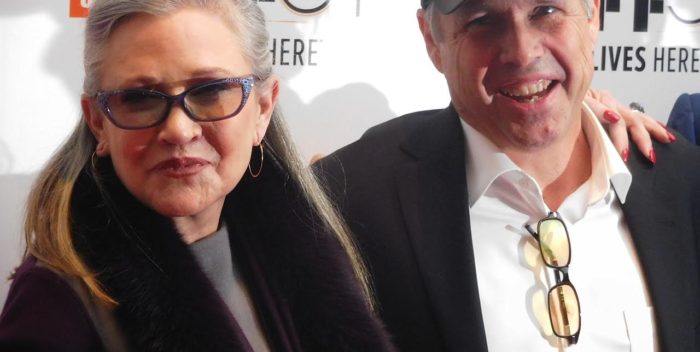 It’s a cruel irony this morning that Carrie Fisher is fighting for her life at UCLA Medical Center after a heart attack yesterday.

Carrie is the reason people love “Rogue One; A Star Wars Story” and made “The Force Awakens” such a huge hit. It’s the surprise ending of “Rogue One” that puts a smile on the face of every fan, and makes them want to see it again. And that’s Carrie’s moment.

Equally, Fisher’s much bigger than expected role in “Force Awakens” drives the movie after Han Solo’s tragic death. General Leia passes the baton of history to Rey. And in next year’s Chapter 8, we may learn more about their relationship.

Meanwhile, “Rogue One” is soaring to around $460 million worldwide today and should pass $500 million shortly. Through last night the US take is $245 million.

Fisher is so talented as an actress but that’s overshadowed often by her witty writing, caustically fun interviews, and her sharp sense of humor. She had to develop that part of her personality early on as the child of Hollywood parents who were involved in scandals that would make Brangelina and Tom Cruise blush. That toughness gave her a sense of irony which she’s conveyed on screen and on stage so adeptly– there is just nothing funnier than Carrie using a pointer and blackboard to describe the Liz Taylor-Mike Todd-Eddie Fisher-Debbie Reynolds saga.

So today, to support Carrie, if you’ve already seen “Star Wars,” let’s re-read “Postcards from the Edge” or “Surrender the Pink,” or take a look at her in “When Harry Met Sally” or “Shampoo.”