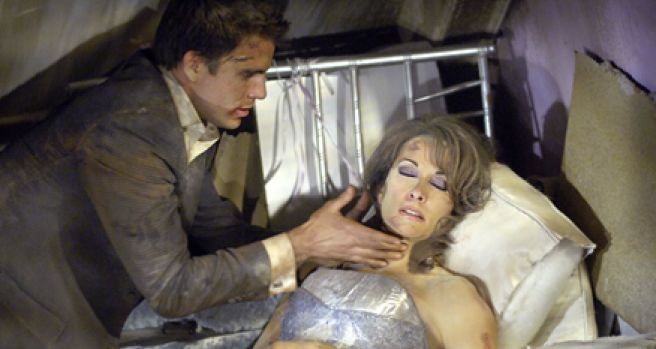 It’s like a soap opera miracle, but one that doesn’t include hysterical pregnancy, amnesia or blindness. ABC has regained control of the daytime dramas “One Life to Live” and “All My Children” from Prospect Park Productions. It’s kind of a sad irony that the shows’ creator, Agnes Nixon, passed away a few weeks ago without seeing them returned to their proper owner.

But the long and winding case of Prospect Park (owned by Jeff Kwatinetz) against ABC has been dismissed. In what seemed like a case right out of a soap opera, ABC cancelled the shows in 2013 after 40 years or so on the air. Prospect Park licensed the titles for airing online. The original deal provided that the soaps would return to ABC if Prospect Park was unable to produce shows for 18 months. But in the end they failed to produce more than 13 weeks of episodes for their online network. Prospect Park wouldn’t let go, but now it seems the case has been dismissed in ABC’s favor.

Now ABC has an interesting scenario on its hands– a full hour at 1pm that is currently filled by a daytime version of “Who Wants to Be A Millionaire” and something called “RighthisMinute,” a half hour show billed “for the internet generation.” I’m not sure if you asked Bob Iger, who runs Disney, he could answer the question of what runs between “The Chew” and “General Hospital.” The network would be smart to invent some hybrid of the two soaps, or give them each hour half slots. The publicity alone would be worth millions.

There was also a problem at “General Hospital” when ABC tried to graft characters from “One Life to Live” onto the third program. When the license deal happened, ABC kept the actors but had to make them into new characters since the old ones belonged to Prospect Park. All of that could be unwound now, which would make a lot of soap fans — and probably the actors– very very happy.

So stay tuned. Will Erica Kane– aka Susan Lucci– return to “AMC”? The Emmy winning star of that show has demonstrated drawing power on other shows — prime time shows– since the soaps were cancelled. She just appeared on “Live with Kelly” and looks remarkably younger than she did when the soap was cancelled. In these situations, you never never know…