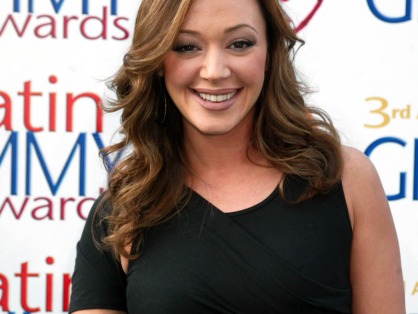 Leah Remini’s anti-Scientology documentary on A&E is scorching. It airs Tuesday night the 29th at 10pm. Remini explains her trajectory as a teen member of the cult, what happened to her family, how she left and wrote her book which was published earlier this year.

But wait– Remini started getting so many messages from trapped and ex members of the cult that she decided to start filming them. And the result is pretty damn scary. In the first episode she gets former celebrity wrangler Amy Scobee on tape and the interview is a wowzer. Scobee admits that she was in charge of making sure Tom Cruise was completely isolated in the cult. All of the people who worked in Cruise’s house were Scientologists and he was constantly under surveillance.

Scobee’s mother, Bonny Elliot, is also interviewed for the first time. That shouldn’t make anyone at Scientology too happy since Elliot was a long time member who finally broke with the cult when she discovered all that crazy and scary stuff they were up to.

Scobee says, after describing incidents in which cult leader David Miscavige beat or manhandled members: “I was constantly justifying… why this crap was okay. And then I had this blinding realization. I was rationalizing insanities.”

Scobee was separated from her father for 27 years by Scientology and finally reconnected with him at age 42. The story of her escape, and her husband’s, from the cult, is really shocking.

The show carries several disclaimers from Scientology denying all accusations and making all of their critics out to be disgruntled or ex-communicated ex- members.

But when you hear all this, you’ll really wonder how the celebrity members– from Tom Cruise and John Travolta and Kirstie Alley to the little guys like Juliette Lewis, Michael Pena and Jenna Elfman– can continue to defend this absolute madness and cruelty.