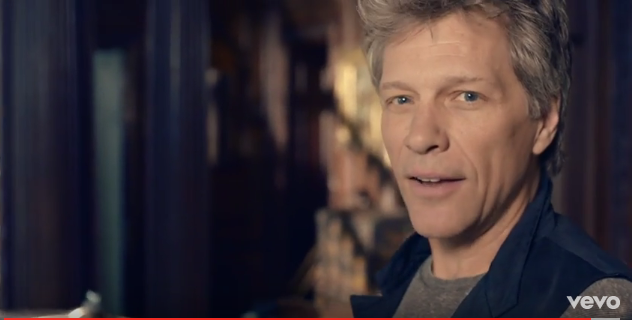 There are a lot of shocks this week. I certainly thought Alicia Keys’ first new album in four years, called “Here,” would finish at number 1 this week. When it was released on Friday, “Here” went straight to number 1 on iTunes.

But Keys is only on iTunes and not on Amazon, which may have hurt her. It turns out Bon Jovi’s new album, “This House is Not for Sale,” is outselling her 2 to 1 in physical sales and almost that much in streaming. Bon Jovi will be number 1 by a comfortable margin.

Indeed, Alicia’s album is doing a lot less well than I thought. I’m not sure why except that there was little advance notice of it, no press copies until the day it was released. It took until the weekend to listen to it. But it has some great songs. A head scratcher.

Bon Jovi may have been aided by Jon’s appearance on Monday night at the Hillary Clinton fundraiser in Philly. While she didn’t win, the exposure for Bon Jovi and Bruce Springsteen was pretty amazing.

Bon Jovi will have one week at number 1. Sting’s “57th and 9th” comes on Friday, and it’s full of hits, great songs, a total success. Watch “57th and 9th” make a big number 1 debut at the end of next week.