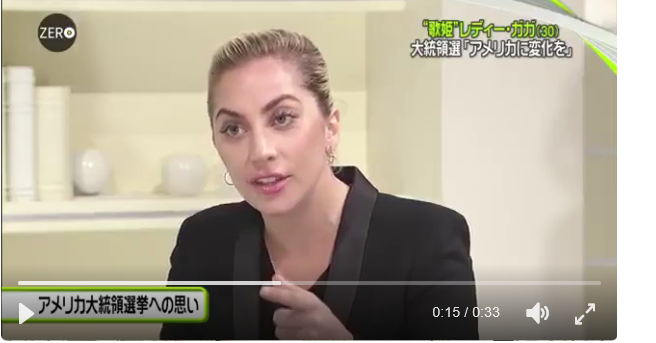 Lady Gaga had to explain the US election and Donald Trump to Japanese TV interviewers this week. I think she did a good job. She said: “The truth is we celebrities know he’s an actor, and this is an act…he’s essentially a political imposter.”

She also said she had this insight because she’s a celebrity, and celebrities know this because they’re insiders. I’ll chalk that part of it up to severe jet lag.

Gaga’s “Joanne” album is number 1 in Japan, and they’re going gaga for her, basically.

Watch this lovely performance of the lead track from “Joanne:”