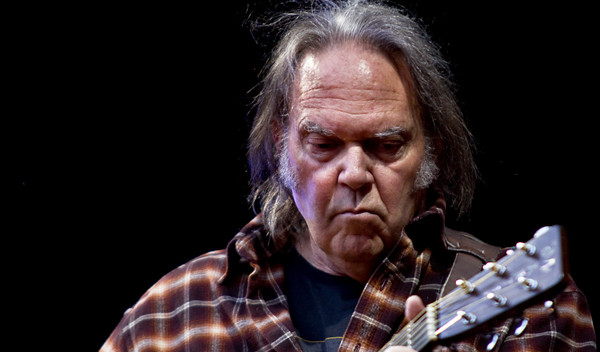 Neil Young has given up the Pono ghost. He’s put all his music back on all streaming services. And he’s released a new single, the title track from his new album “Peace Trail.”

Neil has back his own high end digital player, Pono, and a music service named for it, for the last couple of years. In 2015 he took all of his catalog and put it just on Pono. But as with Jay Z’s Tidal, Pono was an experiment that failed. No one listened. High end streaming and downloading is for a select few, and too much trouble. Plus the Pono player looked like a bar of Toblerone chocolate.

But the Pono Music Store in closed. On the website they say they are “under construction.” But Pono is a dream deferred.

Here’s Neil’s new song, which we can all hear. It’s really good. It sounds a little like Bruce Springsteen’s “Dancing in the Dark.” You can’t beat that!

With Neil putting his own catalog back on other services, Pono seems doomed to be a Trivial Pursuit question. But it was a valiant effort.

And frankly, since we’re on this subject, Neil faced two problems. First of all, you can download high end music from hdtracks.com, a terrific service. Second, Astell and Kern makes a great line of high end players. Their AKJr is well priced, easy to use, and a lot of fun. The sound is impeccable, and it’s the size of a credit card. You can eat a Toblerone bar at the same time you’re listening and not worry about it melting in your pocket!