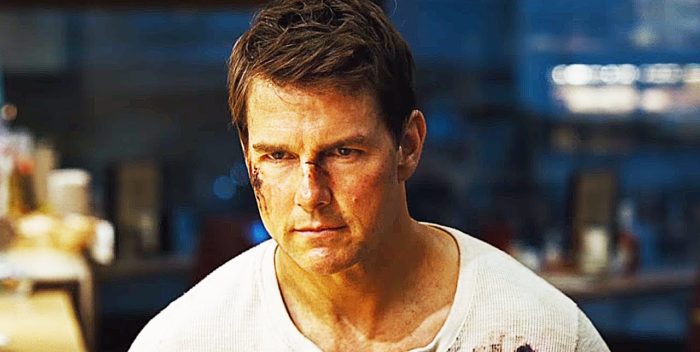 The movie is called “Jack Reacher: Never Go Back.” But audiences from the original 2012 “Jack Reacher” may not go back for the sequel once they read the reviews.

The Edward Zwick-directed thriller is being panned consistently in reviews that appear today. The worst of the bunch come from the Hollywood trades, neither of which liked the film very much.

USA Today has also chimed in: “A major step backward with an A-list actor in a C-grade military thriller.”

My favorite snarky line comes from IndieWire: “Less of a movie than it is a monotonous two-hour supercut of Tom Cruise elbowing people in the face, Jack Reacher: Never Stop Never Reaching is a generic star vehicle that’s been stripped down to nothing but an old engine and a rusty chassis.”

Paramount needs a hit, Cruise needs a hit that isn’t “Mission: Impossible.” The upside is that it’s a slow weekend, and the only other release of interest is “Moonlight,” an art house release that already has an intensely loyal following. So “Never Go Back” will probably be number 1 at the end of the weekend, but the numbers could be a lot lower than hoped. Smartly, the studio starts rolling out the international release today– about 25 countries will see the movie before US reviews are seen on Friday.

After this, we won’t see Cruise until next June when he co-stars with Russell Crowe in a remake of “The Mummy.”