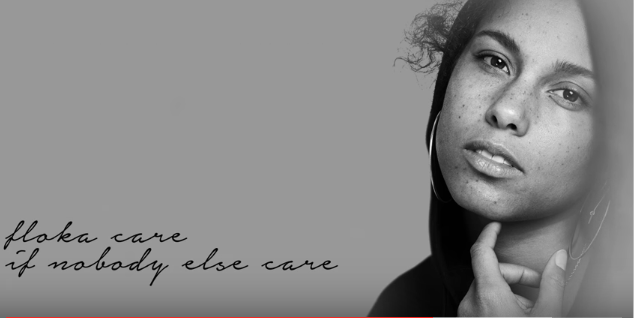 Edie Brickell, Paul Simon and their whole family are probably in love with Alicia Keys right now. The reason? Alicia’s latest single, “Blended Family,” is based entirely on Edie’s early 90s hit “What I Am.”

I hadn’t heard “Blended Family” until this morning. But now I realize that like most of Alicia’s recordings, it should be called “Blended Song.”

The whole song is supported by the guitar lick from “What I Am.” It sounds like Alicia just sampled it and stuck it on her record. Why bother playing it yourself?

All of Edie’s New Bohemians are listed in the songwriting credits, too. Imagine this– last night I went to a party for Carole Bayer Sager. She wrote all of her songs herself, maybe with one or at most two collaborators. No sampling! All those hits and they were original!

Alicia has great, catchy hits. But nearly all of them are based on other, older and often obscure songs. “Empire State of Mind” comes from “Love on a Two Way Street.” “You Don’t Know My Name” came from a Main Ingredient song. And so on.

I do like the Rocky A$AP rap in “Blended Family.” But musically, the record is just about the guitar lick. And the Brickell-Simons raking in some $, I hope!

Seriously, when Alicia Keys first started out in 2000 I thought she was amazing. I was so excited that she played the piano, she knew composition, she could write her own songs. I thought she was a throwback to writers like Carole Bayer Sager and Carole King. But she’s not. She’s a Mixed Media artist or something. If you turned work in like this in sixth grade you’d get an F and told you were guilty of plagiarism. Now, it’s rewarded!

Edie and the New Bohemians