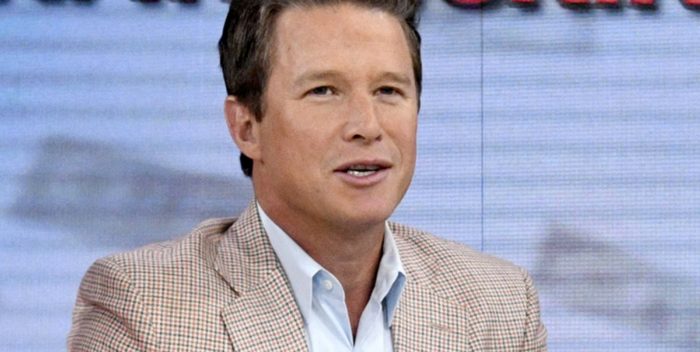 Billy Bush: I actually feel bad for him. He’s a nice guy. To me, at least. He’s probably done at NBC. He’ll need a year off, do some charity things, etc, and then he’ll be back. He will be back. People have short memories.
In the meantime, my defense has provoked an email from the red carpet. It’s from someone whose name I am protecting. But you see, Billy doesn’t have a lot of support. This is the old story of stepping on hands as you climb the ladder:
Billy Bush, he was always a sleaze. I was often put next to him on the red carpet 12-15 years ago and he was rude and offensive. He used to shove me and push and have his cameraman do whatever he wanted even if it meant hitting me in the head.
Even though people could be aggressive on the red carpet he was different, more abrasive, ruder. Even hurtful. Even though he stood next to me for years he never said hello.
He always acted like the celebrities were his pals.

Lots of people who have had the same experiences with him as me feel he had this coming.

Do you remember Claudia Cohen? She was the opposite of Billy on the red carpet. She was polite, would interview a celebrity and then introduce them to the journalist standing next to her. Turn that behavior on its head and you have Billy Bush.
I couldn’t believe NBC hired him. He has no journalism experience, just a celebrity ass kisser.