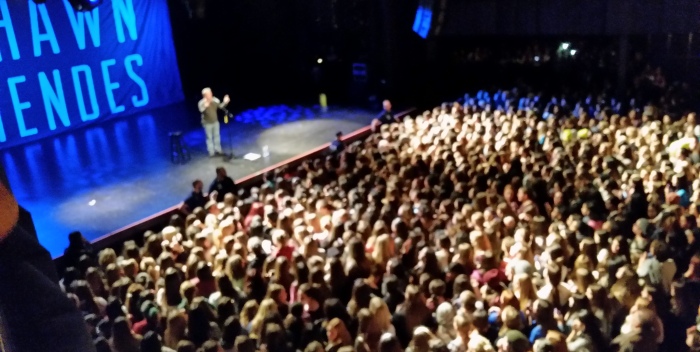 This is quite an achievement as two years ago no one except his parents and manager Andrew Gertler knew who he was. But my teenage nieces had seen him on YouTube and told me about Shawn in 2014, and we went at their urging to his first ever show in New York. A couple hundred other girls also showed up and the screaming level was off the charts.

Mendes is a better Bieber, a real songwriter who plays most of his shows acoustic. He comes from Canada, has lovely parents, and won’t be getting arrested any time soon. There’s no fakery here. What a relief!