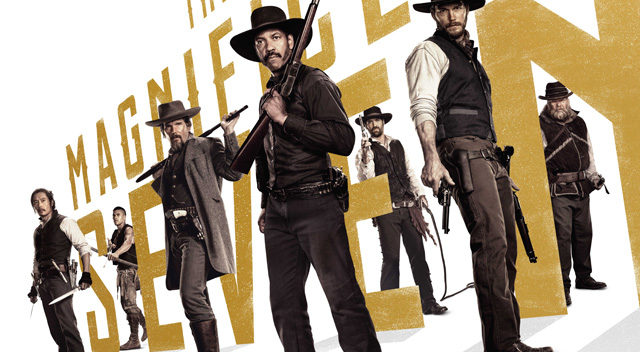 Sony, still grilling sausages, is going to have a big hit this weekend. “The Magnificent Seven” rode into town last night for sneaks with $1.75 million. Boxofficemojo points out that’s a little better even than “Sully,” which has now turned into a solid hit and possible Oscar nominee.

“M7” is a remake, of course, but the good kind, not “Ben Hur.” Antoine Fuqua reunites with Denzel Washington and Ethan Hawke, adds Chris Pratt, Peter Sarsgard and Vincent D’Onofrio. All them are dead on in this serious rebooting of the straight ahead western. This isn’t Quentin Tarantino or even Mel Brooks. It’s the real thing. And while there isn’t much dialogue, there’s plenty of action. Great bar fights, bows and arrows, and horse action with no horsing around. You’ll also enjoy Chris Pratt’s magic tricks.

I can’t give away the story, but the new “M7” follows the plot of the original pretty closely. Not everyone gets out alive, so watch closely. Enough of the cast makes it that I asked Fuqua in Toronto if he’d be open to sequels– a “Magnificent 8” or “Magnificent 9.” He said, “If this is a hit, I’d be open to it, sure. Take Denzel and whoever’s left, and regroup.”

I think it will happen.

Pay special attention to Ethan Hawke’s character. Goodnight Robicheaux (played in the 1960 original by Brad Dexter). He’s doing something a little different than the others. His character has one of the best story arcs. And we joked in Toronto, this movie didn’t take 12 years to make!