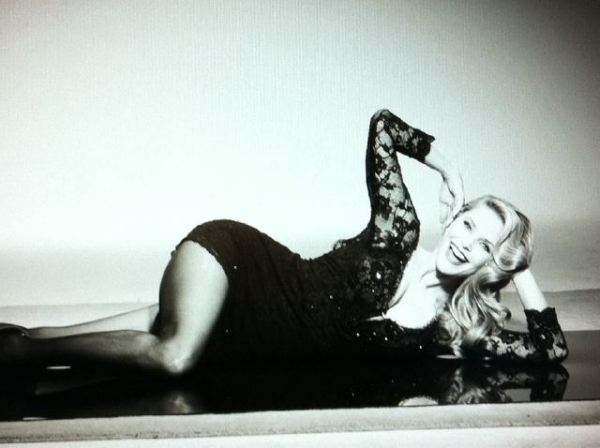 Christie Brinkley and Billy Joel remain great friends many years, children and lovers after their divorce.

Last night I ran into Christie at the Blue Parrot restaurant in East Hampton with her son Jack and a friend. I wondered if she’d been in touch with Billy, father of her daughter Alexa, lately?

“I actually went backstage the other night at Madison Square Garden hoping to meet his new baby daughter, Della Rose” Christie told me. “He’d been wanting me to see her and I was dying to meet her. But she wasn’t feeling well, so it will have be next time.”

Brinkley– who is somehow looking younger than ever at 62–and if it’s plastic surgery we all should get it–is keeping busier than ever this summer. She’s launching a line of vegan Prosecco called Bellissima–made in Italy– next month, with three flavors. Her son Jack is acting, and daughter Sailor is modeling. Eldest kid Alexa Ray is busy writing music and looking forward to new gigs.

And that whole thing with John Mellencamp? Their break up was geographically motivated. “He didn’t like the Hamptons,” she said, “and I couldn’t live in Indiana.” But she added: “Going with him on tour in the heartland I was incredibly impressed with all the art and culture going on in small towns–and they love him!”