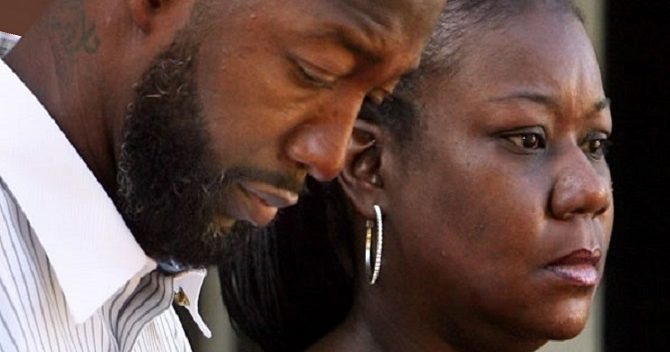 RadarOnline is reporting that Reginald Hudlin’s “Marshall” is getting some unique cameos.

The parents and family attorney of Travyon Martin are said to have filmed cameos in “Marshall,” an Open Road film that may be released before the end of the year.

Of course, the movie is set in 1940, so the Martin group couldn’t be playing themselves. They’re portraying a black family in Connecticut connected to the character played by Sterling K. Brown– a real life story of a black chauffeur named Joseph Spell who was accused of raping a socialite (played by Kate Hudson).

The Martins would be a good publicity hook for “Marshall” and a way to link racism of the past with today’s headlines.