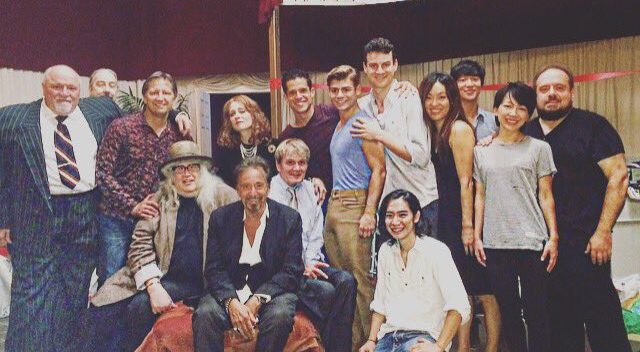 EXCLUSIVE I told you a few weeks ago that Al Pacino would play Tennessee Williams in “God Looked Away,” an autobiographical play by Dotson Rader headed for Broadway.

Well, just as I predicted, “God Looked Away” held its secret performances for backers and well wishers last weekend in Los Angeles. Judith Light co-starred, and Miles Villaneuva, currently on the CBS soap  “The Young and the Restless,” played Rader’s alter ego, named “Bobby,” lover of Williams the last 14 years of his life.

Now producers are looking for a New York theater and trying to decide if they can get going before the end of 2016, or enter into the Tony fray for spring 2017.

Villanueva told a soap opera blog: “Al is incredibly warm, sensitive, sincere, and so generous.  He is incredibly funny both as himself, and in the role that he is playing, and is insightful and creative. [He] was so encouraging, and he would give me positive feedback on certain things.  After we all did our first run-through you could see the excitement on Al’s face, and he said, ‘Can you just imagine what this would be like if we were running this for a few months?’  Our bond was offstage and on, and when you bond offstage, there is more depth on stage.”

Robert Allan Ackerman is directing. Thanks to Villanueva for providing a photo of the cast on his Facebook page.