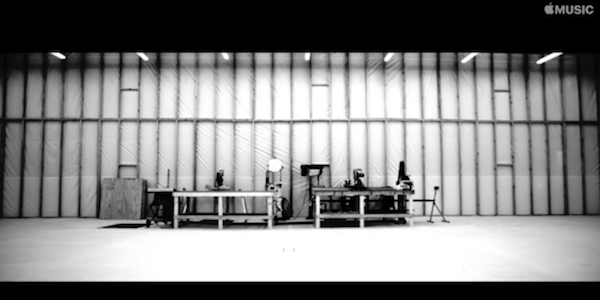 Surprise! The music biz had pretty much gone into a ditch with no sight of a tow truck.

But on Friday, Frank Ocean will drop a new album called “Boys Don’t Cry” on Apple Music. Ben Sisario got the scoop in the New York Times, and I’ve confirmed it.

The R&B sensation hasn’t released an album since his hit debut, “Channel Orange,” in 2012.

So far this year has been all about Adele, Drake and Beyonce. Kanye West thinks it was about him, but it wasn’t since not many people heard his album. If you add Ocean to this sea of music, that makes four albums that could be in Album of the Year along with David Bowie’s “Blackstar” and Paul Simon’s “Stranger to Stranger.”

The Times was tipped off to the big wave Ocean is making from social media. Frank posted a video about absolutely nothing. But at least “Boys Don’t Cry” will be on AppleMusic and not the dreadful Tidal. And maybe in a few days on Spotify et.