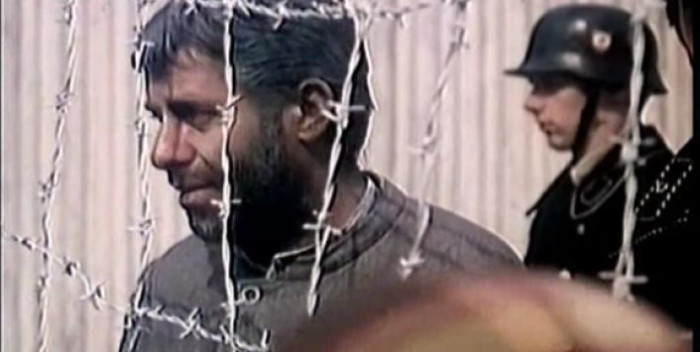 Lots of excitement yesterday. Footage of Jerry Lewis’s “The Day The Clown Cried” surfaced on YouTube.

People have short memories. This happened three years ago, too.

Lewis had it pulled down then, and I’m sure it will get yanked once more.

Lewis told me last year that no matter how often this happens, he has the final reel locked away. No one will ever see it. Or maybe they’ll see it fifty years after he’s dead.

About it never being released, he said: “It’s bad work. The director did bad work,” Lewis said. meaning Lewis himself. When I told him that someone tried to release clips from it last year, he scoffed. “It’s never coming out,” he said. End of story. “I have the last 400 feet [of film] in a vault.”

I don’t get it. The man has said the movie should not be released. Jerry Lewis has made a lot of great movies. The decision is his. But someone out there won’t give up.

Here’s what was cobbled together this time:

The Day the Clown Cried edit from Kay Brown on Vimeo.