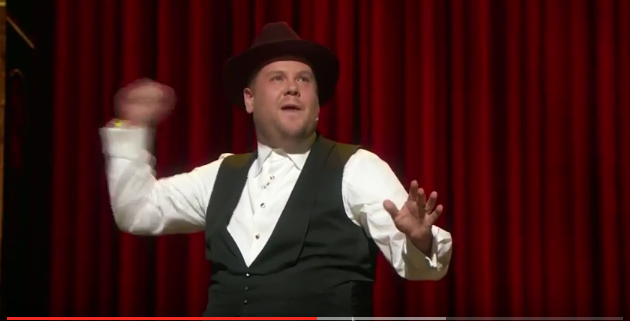 The Tony Awards ratings look like they were up by 33%– the same amount the Stanley Cup game was down from last year. Interest in “Hamilton” was big. Promoting Barbra Streisand didn’t hurt. And there was no NBA final, which killed the show last year.

But also for the first time in years there was a mainstream, accessible host– James Corden– a past Tony winner, hot talk show host with a big following who could throw himself Billy Crystal style into the show. James Corden is the Hardest Working Man in Show Biz at this point. I predict he’ll get an Emmy for hosting the Tonys.

More ratings will come in this afternoon. But everything about this Tony Awards was inclusive and welcoming. So many non white multi cultural faces helped too. All four of the main musical actor winners were black! And you could see from “Hamilton” to “The Color Purple” and right through the casting of the show that producer Glenn Weiss and Ricky Kirshner knew exactly what they were doing.

Mary Cossette, widow of the late great Grammys producer Pierre Cossette, was thrilled. “They worked from Pierre, they learned from him!” she said and it was lovely. (Also lovely that Weiss and Kirshner invite her. The new Grammy producers do not, she told me.)