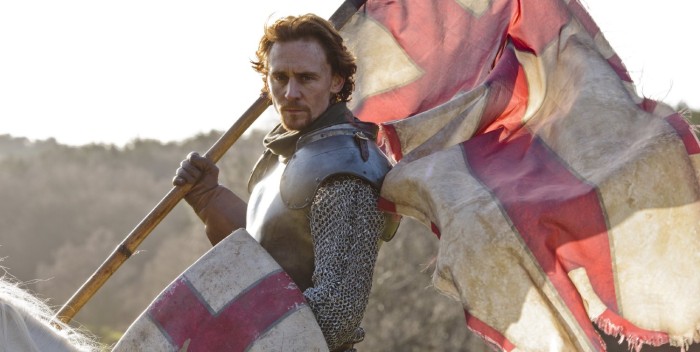 EXCLUSIVE Lots of talk suddenly that Tom Hiddleston, so great in “The Night Manager” and famed as Loki from “Thor” and “The Avengers,” may play James Bond.

Of course, Daniel Craig still has the job, crabs a lot, gives nutty interviews as part of his negotiations, and usually comes back. So who knows?

My guess in Craig will return.

But Hiddleston is top of everyone’s list. In Cannes a couple of weeks ago I had a chat with the legendary and famed James Ivory of Merchant Ivory fame. Ivory has directed such great films as “Howard’s End,” “Remains of the Day,” and “Surviving Picasso.”

Now a vibrant 88 years old, Ivory told me he’s talked to Hiddleston about playing Shakespeare’s Richard II in a new film. Ivory would direct. He hasn’t made a movie since 2009, although he’s producing a couple of new ones.

Hiddleston has the potential to be the reincarnation of Sir Laurence Olivier. Working with Ivory on Shakespeare sounds ideal. Will it happen? And will this Richard II drink his martinis shaken or stirred? We’ll have to wait and see…

Meantime “Howard’s End” will get a big 25th anniversary tribute in August with a remastered new disc and a theatrical run. Don’t we miss Merchant Ivory films? I know I do. They hold up beautifully, too.