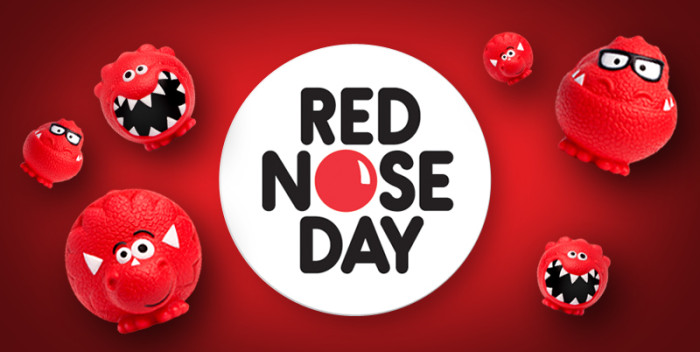 Here comes Red Nose Day, touted by NBC non stop this week. A two hour telethon with a bunch of celebs, Red Nose Day is a marketing project offshoot of Comic Relief, a UK based charity started by “Love Actually” director Richard Curtis. (It’s not the same group as Bob Zmuda’s Comic Relief that HBO used to have for the homeless with Whoopi Goldberg, Robin Williams, and Billy Crystal.)

So what is this thing, you might ask? Last year, according to its tax filing, Red Nose Day took in and paid out over $20 million to a small group of foundations including United Way, Boys and Girls Clubs of America, Oxfam, Save the Children, and so on. Eleven groups divided the money.

But some others were paid, too. Even though Comic Relief says it pays only one salary ($30,000) to a staffer, there are consultants who divided up around $300,000 for marketing and public relations.

The biggest beneficiary, however, was a Los Angeles group called Patriot Communications. The firm was paid a whopping $1.1 million for “donation processing.” That’s a nice chunk of change considering Patriot ran into a big problem in 2013. They were sued by New York’s ultra-wealthy and secretive Robin Hood Foundation for allegedly screwing up donations to the post-Hurricane Sandy 12-12-12 concert at Madison Square Garden.

Robin Hood sued Patriot in September 2013 for five million dollars for “gross failure” to process telephone and internet donations during the concert. Patriot had signed a $1.4 million contract with Robin Hood, but the charity says in one hour their donations went from $2 million to $15,000 as Patriot’s systems ground to a halt. Robin Hood says that knowing that, Patriot went on to bill them for unpaid services of $410,893.60.

“Patriot compounded its misdeeds in the months following the 12-12-12 event by refusing to provide Robin Hood with critical data needed to assess Patriot’s performance, notwithstanding Robin Hood’s contractual ‘right to audit’ Patriot’s records for the purpose ‘verifying compliance with the terms and conditions of this agreement,'” the complaint read.  (We’ll do an update if the Robin Hood lawyer from Gibson Dunn responds to our queries.)

Meanwhile, Patriot has a weird history. Ten years ago they tried to foreclose on a suicide hotline and/or snatch away their 800 number for failure to pay their bills. You can read about it here.