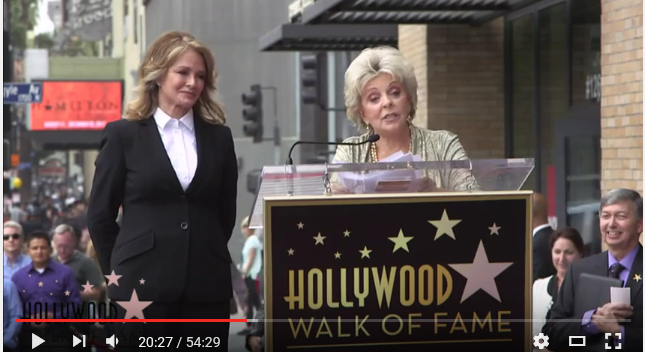 Deidre Hall got a star on the Hollywood Walk of Fame this week. It’s a pretty big deal since I think the only other stars of daytime drama who have one are Susan Lucci and Eric Braeden. Hall has been on “Days of our Lives” on and off for 40 years. I was in high school when she first appeared as Dr. Marlena Evans. For some reason, I’ve aged but she hasn’t. Susan Seaforth Hayes, who was on the cover of Time Magazine for playing Julie on “Days of Our Lives” gave Hall’s toast, and it was very moving and heartfelt. Hard work and talent really do pay off.