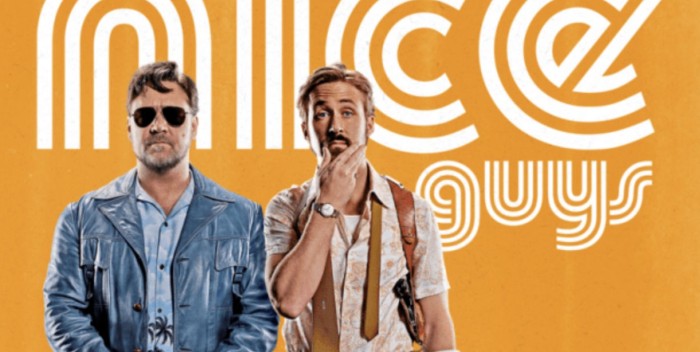 Want to see something other than a Marvel Superhero Movie this weekend? Thankfully there are two worthwhile options. “Neighbors 2: Sorority Rising, which has a 64% on Rotten Tomatoes and “Nice Guys,” which garnered a respectable 90%.

“Neighbors 2,” the sequel directed again by Nicholas Stoller, and co-written by star Seth Rogen, knows exactly what it wants to be and hits the mark. The script is smart considering its characters are pretty dumb much of the time. Rogen,  Zac Efron, and the always terrific Rose Byrne –along with a kick ass Chloe Grace Moretz — give it their comic all.

The plot is simple: Rose and Seth live next door to a Mc-Mansion house, which in the first film around served as a frat house. This time a bunch of feminist girls moved in who are fed up with the traditional sexist sorority nonsense and start their own sorority in the palatial house. Rose and Seth are planning to move but realize they can’t sell their house with these bunch of estrogen fun loving teens next door. Zac Efron, who led the frat house in the first film, comes back in to help the girls. While a bit more mean spirited than the first, the laughs are there so it doesn’t feel like a retread.

“Nice Guys,” is a pleasant diversion, albeit violent and peppered with tough language, but also numerous laughs. Starring Russell Crowe and Ryan Gosling, directed by Shane Black and written by him and Anthony Bagarozzi, the story takes place in sleazy LA, in 1977, where the wise cracking Private Investigator March, (Gosling) grudgingly teams up with the barreling brute enforce Healy, (Crowe,) to find a missing woman, (Margaret Qualley.) Kim Basinger also has a cool turn as the tough Mom of the missing girl.