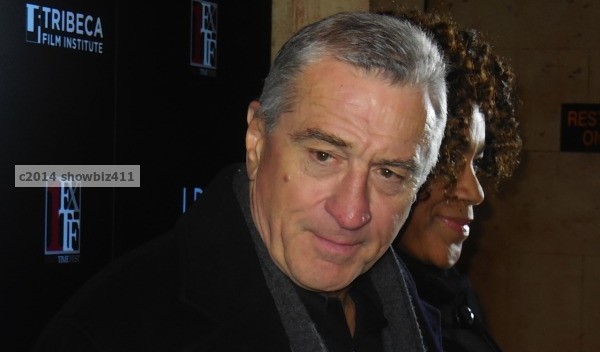 Robert DeNiro was pretty happy last night at elegant rooftop cocktail party Harvey Weinstein threw for him. One reason was the movie “Hands of Stone,” in which DeNiro plays boxer Robert Duran’s coach and trainer Ray Arcel. Duran was also at the Albane club rooftop, where the women were the most fashionable I’ve ever seen. The sunset was dazzling, the weather was just right, DeNiro’s wife Grace wore Badgley Mishka, it was all good.

But DeNiro was also happy because “I Hear You Paint Houses,” aka “The Irishman,” is now fully financed. A movie I announced five years ago is now the biggest sale in Cannes history. Martin Scorsese will reunite with DeNiro and Joe Pesci. Al Pacino will join them. There may be a role for Harvey Keitel.

DeNiro told me: “I didn’t want to do it until it was right. And now it’s right.” Paramount will distribute the film which should be released in 2018.  STX, a relatively new player with lots of cash and ambition will make it. Fabirca de Cine will put up the dough.

Is this the greatest gangster movie of all time? Could be. And it concerns the disappearance of Jimmy Hoffa, one of the great mysteries in mob history.