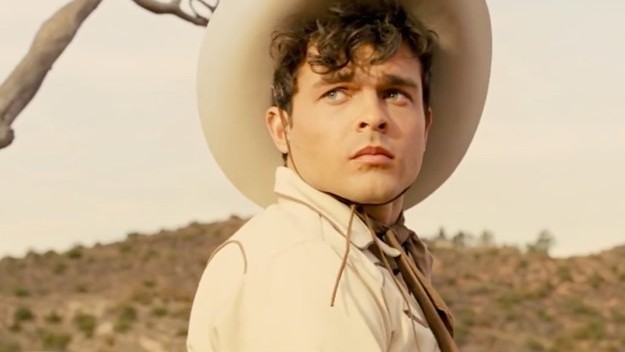 There’s a new Han Solo. Or rather an “origins” Han Solo. Alden Ehrenreich, as I predicted a couple of times here, has gotten the job.

So you’re asking, who the heck is Alden Ehrenreich? Well, he played Cate Blanchett’s stepson Danny, the one who broke ties with her in “Blue Jasmine” in an emotional scene in a video store. And he was also the star of the Coen brothers’ “Hail Caesar” this past winter. He stole the film from a bunch of stars including George Clooney.

Ehrenreich’s ascendance to Han Solo shows how smart Warren Beatty is. Two years ago Beatty tapped him to be the star of his “Howard Hughes” movie playing the young romantic lead. Warren saw something in this kid, who was basically known except for that scene in Woody’s movie.

When Warren’s film comes this fall, Ehrenreich will get his first big attention boost. From what I’m told he’s excellent in Beatty’s film.