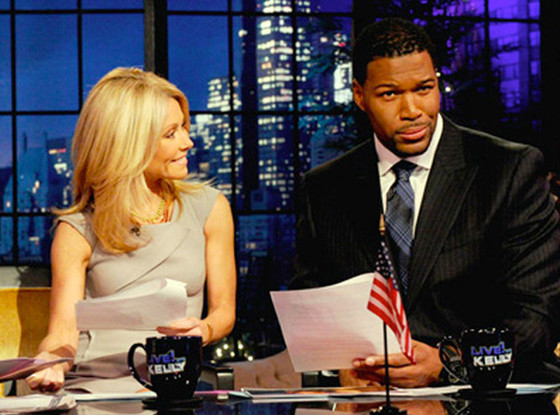 “Live with Kelly and Michael” opened this morning with the most boring opening chat in history. Scripted heavily and ripped from today’s other headlines, the opening was like a laundry list of things no one cares about. It was just a way to talk around the elephant in the room while the elephant was using its trunk to upend the furniture.

What a mess: Kelly Ripa has now been on the show since 2001– that’s fifteen years. And no one at ABC respected her enough to consult her on Michael Strahan moving to “GMA.” Same for executive producer Michael Gelman. They were left in the dark, and feel– with good reason– that they were ambushed.

“GMA” cannot expand to three hours, by the way. The 9am hour on ABC is syndicated and doesn’t belong to the network. It makes too much money for everyone– and that includes ABC, which owns Disney, which is the syndicator. So bringing Strahan to “GMA” is not a gambit to expand their show.

This is a lot like when Joan Rivers left Johnny Carson for Fox without telling him first, in 1986. Johnny never spoke to Joan again. Kelly might never speak to Michael again, except that by next week they’re both supposed to be on stage together again.