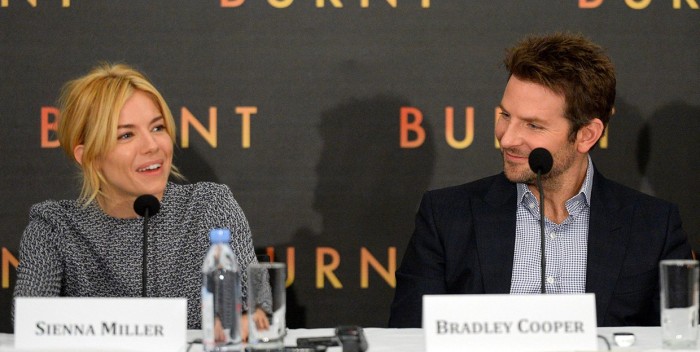 EXCLUSIVE The word is that the fall season, or perhaps next spring 2017, could bring a dynamic duo to Broadway.

And the word has reached us of a reading staged by the Roundabout Theater’s Scott Ellis of “The Philadelphia Story” with none other than Bradley Cooper and Sienna Miller.

The pair played husband and wife in Clint Eastwood’s “American Sniper” and then romantically interested chefs in “Burnt” both times on film.

But this would bring them each back to Broadway. Cooper recently had a hit run in “The Elephant Man.” Miller was in “After Miss Julie” in 2009, the wowed audiences last year as Sally Bowles for a six week run in “Cabaret.”

Miller would play madcap heiress Tracy Lord, of course, originally played by Katharine Hepburn. Cooper would be Dexter Haven, played by Cary Grant in the movie and by Joseph Cotten on stage with Hepburn.

“The Philadelphia Story” by Philip Barry was later turned into a musical, “Holiday,” revived many times. But the straight play only had its original run in 1939 with Hepburn and then a revival in 1980 with Blythe Danner and Frank Converse. (I saw the latter, not the former! And it was excellent.)

George Cukor directed the classic 1940 film, still one of the best movies ever made. The great story behind the film was that Hepburn bought the rights, put it on Broadway, and then got the movie produced. It revived her flagging career. She never looked back.

Cooper– who was born and grew up in Philly– and Miller (who is half American) would be perfect in a revival. Let’s hope it happens.