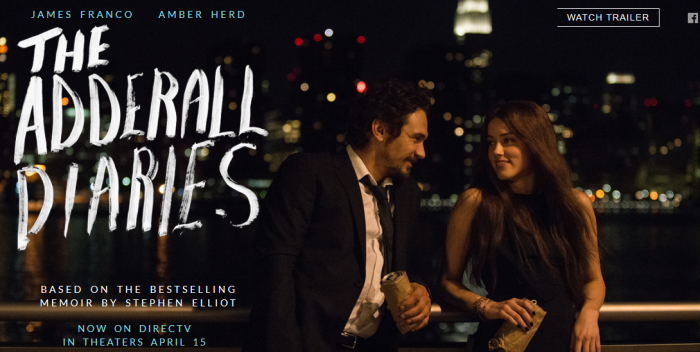 Amber Heard– she’s a beautiful up and coming 30 year old actress who gets a lot of attention. She’s also married to Johnny Depp.

But all that attention has escaped the makers of a website for her new movie “The Adderall Diaries.” Apparently the webmaster or designer is taking too much Adderall. They’ve spelled Amber’s last name wrong on the site.

Not much to say about the movie, poorly reviewed and already available on DirectTV. It’s released on Friday by A24.