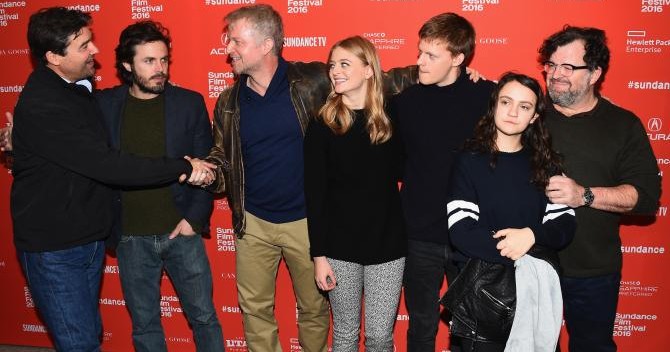 Poor Kenny Lonergan. His “Margaret” wound up in a long never ending soap opera, a war between Fox Searchlight and him over final cut, distribution and promotion. The writer director of “You Can Count on Me” had a terrible time and it all ended badly.

Now Amazon, which bought his “Manchester by the Sea,” may have sealed his doom again. They’ve made a deal with Roadside Attractions, or what I call Roadkill for the all the movies they’ve dumped or ruined.

This year they’ve released Spike Lee’s “ChiRaq,” which made about $2.5 million. Of course, that meager amount is a fortune compared to Katie Holmes in “Touched by Fire,” which took in $146,000 in theaters. Roadside is the same company that managed to kill Robert Redford’s Oscar chances in “All Is Lost,” JC Chandor’s mini masterpiece.

Roadside also picked up Whit Stillman’s new movie through Amazon, and god knows what they’ll do with that. Of course, the real fear is that they will get their hands on Woody Allen’s new movie. Cue REM singing “It’s the End of the of the World.”

Right now Roadside is sitting with Sally Field in “Hello My Name is Doris.” They did a cheapo stealth premiere in New York, a few days of press (thanks to Field’s superstar press rep Heidi Schaefer at PMK-BNC) and left the movie to work on its own. So far they’ve made $84,000. Sally Field, who won two Oscars, and has rave reviews for this film– let’s see what the future holds when “Doris” expands.

Lonergan deserves better. So did Redford. At least these new releases can count on being on Amazon Prime right away.