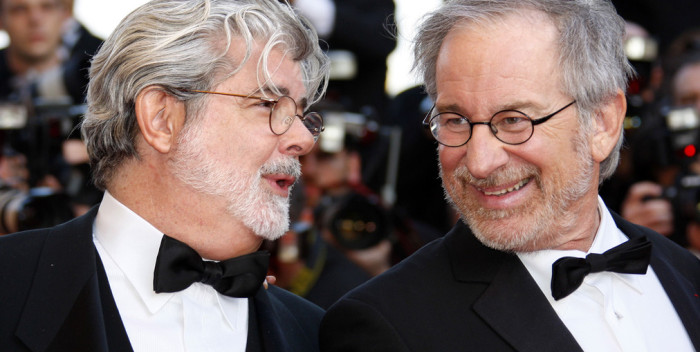 Big news this week about a fifth “Indiana Jones” movie.

But the press release from Disney omitted two big elements– the name of George Lucas, and a writer for the film.

Lucas created the “Indiana Jones” characters with Steven Spielberg and has worked on all of their stories. When the “Kingdom of the Crystal Skull”– part 4– was being developed, Lucas was rignt in there.

Unfortunately, some fans blamed Lucas for adding “Star Wars” type elements into that story. But you know, Spielberg didn’t do it with a gun to his head.

Now, no one has any idea who’s writing Number 5. Lucas may indeed not be involved at all because “Indiana Jones” has moved from Paramount to Disney. George sold LucasFilm to Disney and walked away from everything– maybe even “Indiana Jones.”

Last year Lucas said in a bunch of interviews that he’d given Spielberg the story idea but was still tweaking it. Maybe Lucas will get a ‘story by’ credit with no other involvement. The answers are as yet unknown.

But this doesn’t signal a break between the two most successful directors of all time. They are still best friends.