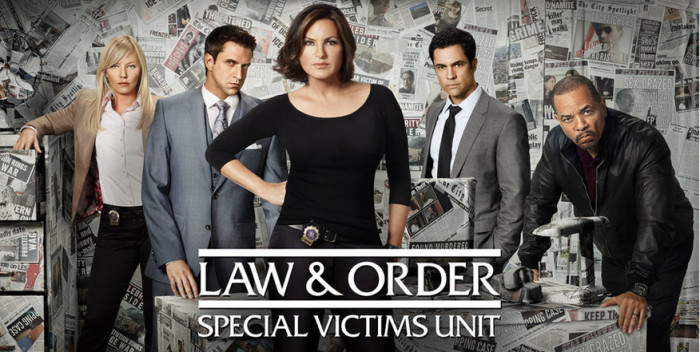 The old rubric for “Law & Order” was always “ripped from headlines.” The current 17th season of “Law & Order SVU” is no exception. In May the resurgent show will take on “The Bachelor” and “The Bachelorette.”

A casting call has gone out for a raft of characters participating in a reality show called “Heart’s Desire.” it seems like it may be a combo of both “The Bachelor” and “Bachelorette” with “SVU” looking for a variety of dim but attractive male and female players.

“Heart’s Desire” is run by a married couple called Jeffrey and Regina Prince, who sound more like a parody of Robert and Michelle King, who govern “The Good Wife.” Their names may be an inside joke among New York TV folk.

Jeffrey Prince is described as “smooth – talking, manipulative, not always above board, thrives on conflict, talks out of both sides of his mouth and likes to let people know how smart and in charge he is, unashamedly opportunistic, little regard for others emotions as long as he gets drama and ratings, demanding on his crew and contestants with little sympathy for their feelings or lives.” Regina is “career focused, ambitious,
thick skinned, will say what she needs to get what she wants, ½ of a power couple with her husband Jeffrey
Prince, demanding, calculating, scheming, always looking to push buttons and get good footage, image
conscious, she always puts a good spin on things publicly, but doesn’t mince words behind closed doors.”

One possible twist is that the mother of the main Bachelor, named Ryan, is also a lawyer. He may need one.

“Law & Order SVU” has been a huge hit in the ratings this season, often the highest rated drama of its night. Showrunner Warren Leight is leaving after five seasons of yeoman duty, and breathing new life into an old story. “SVU” is already renewed for the fall.