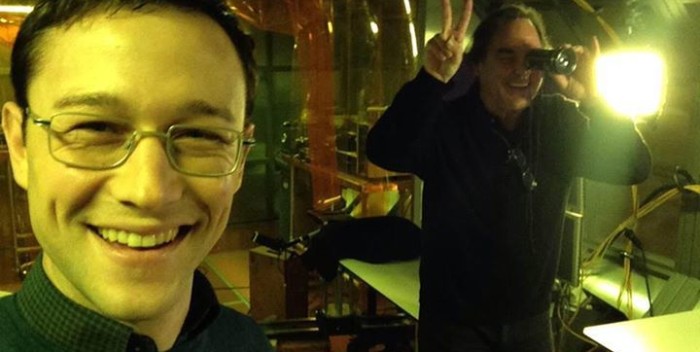 We’re getting into the mood for Cannes 2016. And apparently the red carpet may be filled with American stars and movies.

I told you a couple of weeks ago that Warren Beatty’s Howard Hughes movie is top of the of desired entries. Co-starring Annette Bening, Lily Collins, Alden Ehrenreich, and with Beatty himself as director and star, everyone is crossing baguettes for this to come true.

Next: Woody Allen’s Amazon movie with Steve Carell, Parker Posey et al. said to be also hoped for, which makes sense: Cannes loves Woody Allen. “Midnight in Paris” went from there to highest grossing Woody Allen film of all time.

Also hearing George Clooney and Julia Roberts in “Money Monster.” This is directed by Jodie Foster. Can you imagine the pandemonium of this gang on the red carpet, at press conference, etc? And with Amal in tow?

The word is strong on Oliver Stone’s “Snowden” as well, and Ryan Gosling and Russell Crowe in “The Nice Guys.” The “Snowden” film, with Joseph Gordon-Levitt, will undoubtedly be accompanied by rumors that the real Edward Snowden is in Cannes, or on a yacht off the coast with Roman Polanski!

Just to recap: a Cannes with possible attendees Beatty, Woody, Oliver Stone, Clooney and Roberts, Gosling and Crowe. And you know Harvey Weinstein will bring a surprise. Sacre bleu!