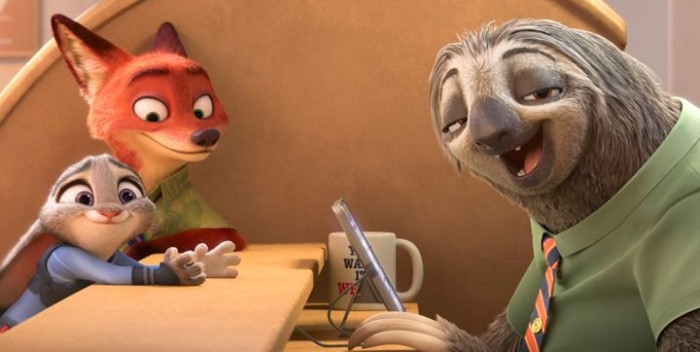 When Hollywood pundits make an Oscar 2017 predication, most insiders smirk it off. Here’s the exception, “Zootopia” has the lock as the best-animated feature for the year. News flash, Disney has a new box office queen. Sorry Elsa from “Frozen,” you have been dethroned. The new way adorable queen is a bunny and her name is Judy.

“Zootopia,” is the highest grossing Disney film ever, making 73 million dollars in its opening weekend alone and the gross keeps soaring. The film has already grossed over $235 million globally since opening overseas in mid-February.

The intricate and lush visuals, the perfect script, which incorporates the simplistic charm for children and quippy cleverness for adults, which includes numerous references to old feature films, one arc in particular which I will not spoil here, all weave into timely stories. The writers hit these points, including race relations, women’s equality in the work force, self worth issues and more with finesse and sensitivity.

The three credited directors and eight writers have created a spunky bunny from a small town carrot farm with 247 siblings no less, named Judy Hopps (voiced by Ginnifer Goodwin.) July is way confident in every bone in her flexible rabbit body that she can fulfill her dream by becoming a police officer in the nearby colorful city of ‘Zootopia.’ What follows is her buddying up with a tricky, fast talking fox named Nick Wilde, (Jason Bateman,) and the adventures that ensue.

The cast is perfect, including Idris Elba, JK Simmons, Jenny Slate, Bonnie Hunt and more. Disney insiders tell me that they knew it was a hit, but the fact that it’s now dethroning “Frozen,” as the most successful film of all time for them, was not expected. So filmmakers, get your Oscar speeches ready.