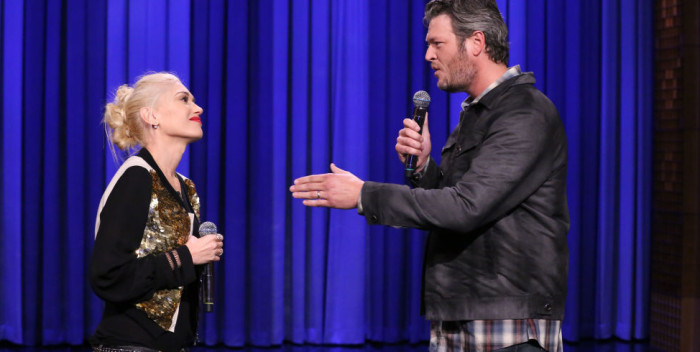 Clive Davis’s pre-Grammy party, his 40th, was as hip and plugged in as ever. No wonder this truly is the most coveted ticketed in town. Celebrities just kept pouring in. Chris Rock, with girlfriend Megalyn Echikunwoke, whom he seemed smitten with, sat with Caitlyn Jenner and her bestie, fellow transgender Candis Cayne.

When I asked Chris how he was doing pre-Oscars, which he’s hosting in case you live under a rock and didn’t know, he told me that, “I’m going to do the best I can.” To which Caitlyn replied, “that’s the only way to do it honey.” Chris retorted, “Well you know a little something about pressure,” to which Caitlyn replied, “me…nah!” She then went on to tell Chris, “Babe, you are going to kill it!” Chris, as gracious as ever, just downplayed all.

Jamie Foxx then joined in the conversation and told Chris, “I cannot wait for you, you’re the king,” as he put his hand on his shoulder. Jaime was front and center with a bevy of ladies and the bopping up and down and just being the uber fan to everyone who performed on stage.

When, in one of the breaks, Clive introduced Virgin’s Richard Branson, the British mogul was literally leaving the men;s room as Clive called his name. Branson bounded down the stairs waving and went to his table to be greeted by Ringo Starr who gave him a high five.

Speaker of the House Nancy Pelosi and producer/songwriter Bruce Roberts with Grammy and Oscar Nominee Diane Warren were chatting it up, along with President Obama’s White House adviser Valerie Jarrett and her lovely daughter Laura.

Gwen Stefani and Blake Shelton brought the PDA to the event, boy did they ever, as Gwen snuggled in his lap for most of the night. When Sylvester Stallone and wife Jennifer came in and sat at their table, Sly quickly glanced at the two smooching and exclaimed, “You two get a room,” to which Blake got up and gave Sly a kiss on the cheek and then a bear hug. Blake exclaimed, “hugging Rocky southern style.”

When Carly Simon performed “You’re So Vain,” which literally had everyone standing, Gwen jokingly pointed to Blake as Carly sang.

John Legend and his very pregnant model wife Chrissy Teigen went over to say hello to Josh Groban and his lady actress Kat Dennings and Meghan Trainor who was also at their table. The ladies were admiring Chrissy’s massive cleavage, to which John quipped, “I’m a lucky guy.”

Barry Manilow–ever the trouper after oral surgery– performed but left early because of it, to which Kathy Griffin gave him a gentle kiss on his way out, saying, “ugh, I don’t want to hurt you.”

All the performers gave it their musical all. Whom did Paul Schaffer– whose date was his lovely daughter Victoria–think topped the night? “Elle King rocked it. Everyone was sensational, but Elle King just blew it away.”

Clive’s party is consistently the one Hollywood soiree that blows everyone away. On to the 41st! Go Clive!