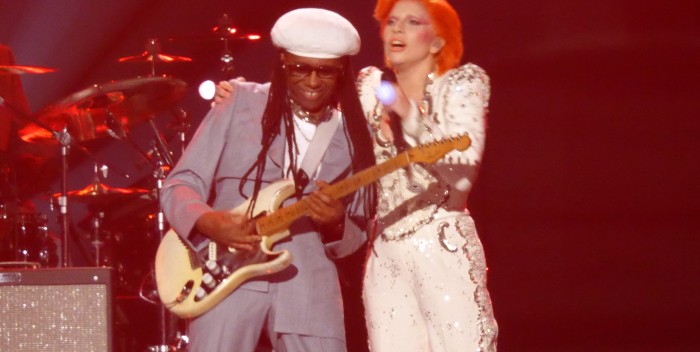 Think it’s easy to put on a three hour live show with a bunch of nut cases? Ken Ehrlich really got hit with it last night for the Grammy Awards. At rehearsal, Rihanna came and sang her song twice. My spies say she sounded fine and there was no sign she was ill. Lauryn Hill rehearsed with The Weeknd, had no problems, they say.

But when the show went live, neither Rihanna nor Hill was on the premises. Whoops!

What else could happen? Well, Adele’s number, “All I Ask,” was totally botched. First she sounded flat and the song was a disaster– in the theater. Then, someone had the idea of backlighting her by aiming a gigantic Kleig light into the audience from behind the stage. All we saw in the theater was this blinding light. Half the audience had their hands over their eyes. This is what we saw of Adele’s performance live in the Staples Center: 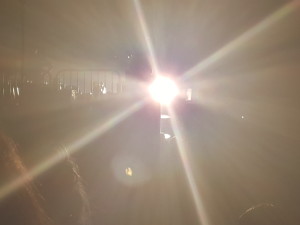 Then was the whole business with “Hamilton.” The Grammys had the Broadway show present a special number on a dark night, live from their New York theater. Then they announce the “nominees” for Best Broadway album– ha ha, like someone else was going to win. Surprise! They just happened to have a Tony at the theater in New York. LOL, as they say.

Meanwhile Lady Gaga continued to have her golden run, performing 10 David Bowie songs in a medley. It was absolutely brilliant. Nile Rodgers joined her for “Let’s Dance,” which he produced for Bowie. The set showed off a little bit of Bowie’s incredible catalog. He would have loved the whole thing.

And than god for Bonnie Raitt. Her tribute to BB King, with Chris Stapleton and Gary Clark, Jr, was the zenith of the evening. And it kind of set the stage for a sharp, sharp number by Alabama Shakes. I was with Bonnie when BB told her, at Radio City one night, that she was the best slide guitarist he knew. It was quite a moment. On Monday she sounded magnificent and looked like a million bucks too.

PS Adele was not happy when she came off stage. “She was pissed,” says a source. “She knew it didn’t sound good.” And yet, her fans probably didn’t care. But why that song? “When We Were Young” is so much better.