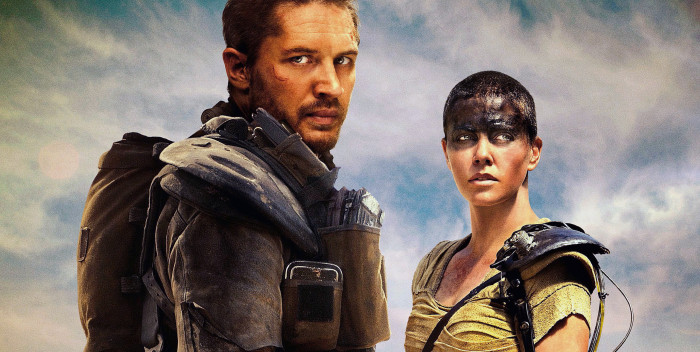 The unsung heroes of Hollywood, the Editors, had their due last night at the 66th annual Ace Eddie Awards at the Beverly Hilton. Usually these award shows are filled with jaded Hollywood types ready to bolt after their category is announced. But not last night, the crowd was friendly, respectful and obviously deliriously happy to be out of a room with no windows.

“The Big Short,” “Max Max,” and “Inside Out” were the big winners. But before we got there, there were jokes and special prizes.

The talented actor and comedian Adam DeVine proved an adept host, telling the game crowd that, “We have surprises and explosions, nah, put that in post. Welcome to the darkness into the light. “ He then joked about the junk food that editors notoriously eat, “I was in the editing bay for a week one time, I gained 38 pounds, mostly in my neck. Hey, most kids idolize celebrities and sports figures, me, I’ve been a ‘cut nut’ forever. My # 1 top edit of all time, he then pointed to the screen to the infamous shot of Jeff Goldblum in “Jurassic Park,” walking to a pile of manure saying, “That is one big pile of shit.” I’m including the clip, because this got the biggest laugh of the night.

J.J. Abrams followed to honor student editors but couldn’t stop himself from ribbing his “Star Wars” co-writer Lawrence Kasdan. “I’m honored to be here, but Larry not so much. He literally complained about the fish for 7 minutes.” Adam McKay, before he gave the award to “The Jinx,” quipped, “I know I’m just a presenter, but I want to thank my life guru, Anthony Robbins.” Ted Rich was given a Career Achievement Award which treated the audience to classic clips from ‘Hill Street Blues,’ ‘St Elsewhere,’ ‘Mary Tyler Moore,’ ‘Rhoda,’ and more.

Kasdan, was there, then came up give the same award to his longtime editor Carol Littleton. Among her credits: “E.T.,” “The Big Chill,” and “Silverado.” Kasdan said, “she is completely loyal to her director, even though when she knows her director is full of shit.”

Steve Martin then came up to present the ACE Golden Eddie Filmmaker Award to Nancy Meyer. Steve joked, “I’ve always admired and honored editors but this is neither the time nor the place. “ Steve continued, “Editing has saved some great films, ‘Schindler’s List’ for example, by editing out the Jerry Lewis scenes. Nancy and I have talked about making a third ‘Father Of The Bride,’ but we both decided nether of us had the energy to deal with Martin Short.”

Steve went on to say, “Nancy has worked with some of the greatest actors, please take a look.” He pointed to the screen with of course all Steve Martin scenes. He continued, “Here are a sum of her clips from her greatest films,” which of course still offered only Steve.

Nancy addressed the lack of women in the industry. “It’s unusual for a woman to receive an award in Hollywood that doesn’t have the word ‘woman’ on it.” She said her process of collaboration with editors was “a glorious one.”

The night went on with ‘Inside Out,’ ‘The Big Short’ winning. The final award went to “Mad Max”’s Margaret Sixel, who thanked her real life husband,  “Mad Max” director George Miller. She said, “George always sets the bar so high. Next time please set it lower. It was exhausting.” ‘ So the night ended with pretty much everyone still in the room. Indeed, the editors were thrilled to be out on the town. Well deserved.