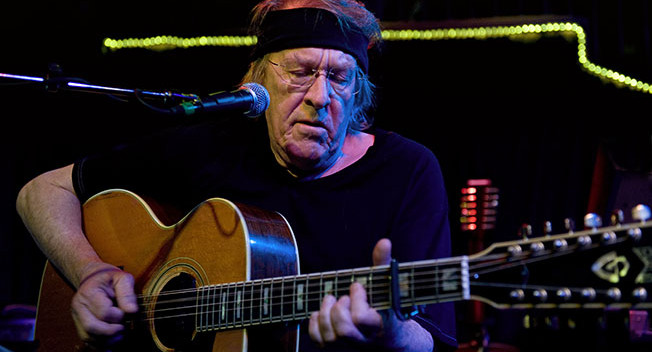 Paul Kantner was the leader of the San Francisco rock scene in the 60s and piloted (sorry) both Jefferson Airplane and Jefferson Starship.

Their many hits included “Don’t You Want Somebody to Love” and “White Rabbit” aka “Go Ask Alice.” He was 74 and died of multiple organ failure according to reports.

Younger people are not going to know Jefferson Airplane because their time ended before the Sixties were over, really. They were an amazing group that represented the psychedelic, Haight Asbury hippie world of San Francisco. Grace Slick and Marty Balin, Jorma Kakounen, Spencer Dryden and Jack Casady were the other superstar members of the original group.

Kantner and Slick had more commercial success in the mid 70s to the early 80s with Jefferson Starship, initially with an Airplane like hit called “Miracles” but then with much reviled top 40 stuff like “We Built this City.” (Everyone has to pay bills, right?)

Kantner and Slick’s many musical collaborations weren’t their only one. They also have a daughter, China, who I am shocked to see is 45 years old! (I remember when she was born.) Kantner and Slick never married, but they were together from 1969 to 1975. Kantner has two sons, as well.

To a New York kid, the Jefferson Airplane was the coolest, along with the Mamas and Papas and Hot Tuna, the Airplane’s spin off group. They were from what seemed like a more distant planet than the British Invasion gang. Promoter Bill Graham was their guru and leader. And you read about it in those days in a folding newspaper called Rolling Stone, which came from San Francisco. It’s been moribund for about 30 years. (But I think of my friend, the late Chet Flippo, their great writer.)

RIP, Paul Kantner. At this point, the Grammy show is going to be one long In Memoriam.