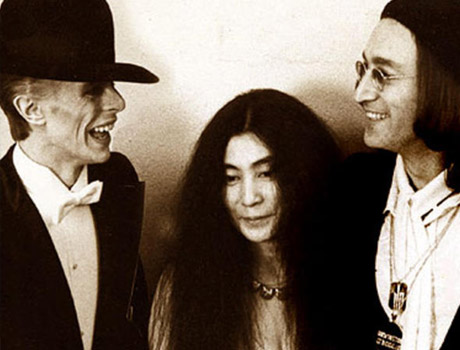 John and David respected each other. They were well matched in intellect and talent. As John and I had very few friends we felt David was as close as family.

After John died, David was always there for Sean and me. When Sean was at boarding school in Switzerland, David would pick him up and take him on trips to museums and let Sean hang out at his recording studio in Geneva.

For Sean this is losing another father figure. It will be hard for him, I know. But we have some sweet memories which will stay with us forever.