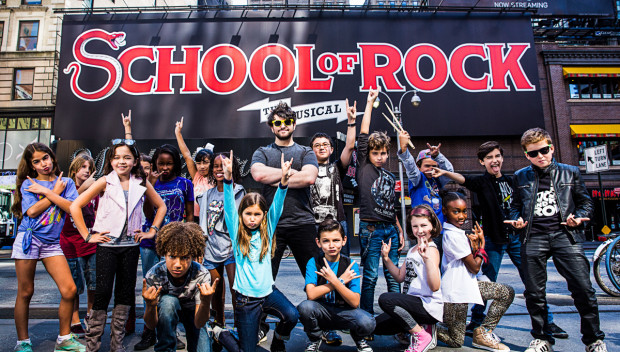 Andrew Lloyd Webber’s “Cats” ran for about 2000 years at the Winter Garden Theater. But this past week, his rambunctious and wildly fun “School of Rock” broke the box office house record at the WG, pulling in $1,506,236.20. The show is actually playing at 101% of its capacity, which means they must be seating people in the bathrooms.

One of the many talented kid actors, however, is leaving the show (if he hasn’t already). Jared Parker, who’s 13, has gotten too tall to play Lawrence, the keyboardist in the school rock band. A casting call went out out a couple of weeks ago to replace him. Parker has been with the show since its infancy at the Gramercy Theater last June. He’s a big hit on stage and really clicks with the audience.

Luckily, Parker is already a Broadway vet, having been in the original cast of “Matilda.” I’m sure he’ll be getting TV and stage work, maybe even movies, before too long.

That’s showbiz. The kids from Menudo used to be dropped into the Atlantic Ocean or something when they got too big. When the kid who played Walt on “Lost” started to grow they had him kidnapped off the show. When he turned up in the last episode he was 32, had a mustache and was playing for the Carolina Panthers. (Just kidding!)