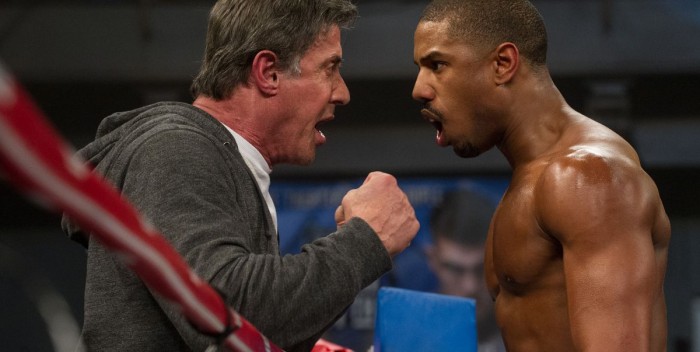 Now “Creed” turns up with $42.6 million in five days, opening on a Wednesday. It’s the biggest “Rocky” movie ever. Made by a 29 year black director, Ryan Coogler– and it’s his second feature film. At Warner Bros., Coogler must be the most popular guy ever. The studio was parched for a hit. Coogler gave them a cup overflowing. Bravo.

The total domestic gross for “Rocky Balboa” was $70,270,943. “Creed” should do closer to $100 million if not that number exactly. And the sequel is already in the works.

Meanwhile, Sylvester Stallone and Irwin Winkler can bask in this glory for agreeing to Coogler’s idea. And Forrest Whitaker can take credit for mentoring Coogler at film school and encouraging “Fruitvale Station.” Maybe Whitaker can be Adonis Creed’s next trainer or coach or something, working with Rocky.

And Stallone heads to the Oscars most certainly, as well as all the other awards shows. He’s going to be cast as the great American success story this year. And he is.