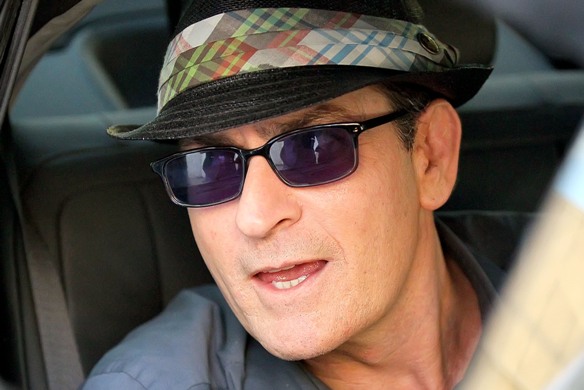 Does Charlie Sheen have HIV? The National Enquirer and Radar Online say he does, and my sources there say the story is “solid.” “We nailed it,” says a source.

A couple of weeks ago Radar broke the story without using Sheen’s name. But the clues were easier to dissect than an episode of “Murder She Wrote.” Now American Media has gone full force with the story, publishing it on all their platforms.

Sheen has consequently declared that he will give Matt Lauer a special interview tomorrow morning on the Today show. He will make a “personal announcement.”

In 2011, Sheen went completely off the rails, and caused a long running scandal when he left “Two and Half Men,” was fired, sued Warner Bros. and CBS, lost, went on a crazy tour that indicated a mental breakdown in which he “performed” at big venues like Radio City Music Hall. “Winning” and “Tiger Blood” became catchphrases. But Sheen was hardly winning anything.
He then made an un funny miserable TV series called “Anger Management,” now in syndication, and used solely as background noise.

What a disaster this all is: Sheen comes from a lovely family. His parents, Martin and Janet, are terrific people. His brother, Emilio Estevez, is a great guy. Charlie has five children– an older daughter, and two sons and two daughters under the age of 10.

Meantime, Sheen has not been seen much this year. After carrying on like crazy in public, Sheen has been press shy in 2015. He was photographed by accident on September 1st, and then almost not at all the whole year.

I will never forget interviewing Charlie and the cast of “Three Musketeers” in 1993. Charlie gave a young Chris O’Donnell a full description of “snuff” films. It was kind of shocking. But he was already in an alternate — and scary — universe.

Good luck to him.