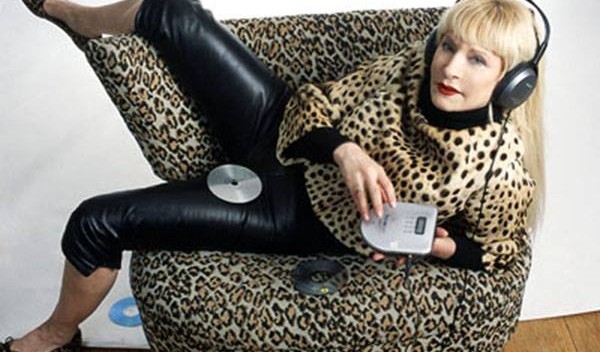 I am heartbroken over the news that Anita Sarko is gone. Glamorous, yes. A real person, even more. She was one of the people who made New York nightlife light up in the late 70s and the early 80s, from the Mudd Club to Danceteria to the Palladium (which I think now is an NYU dorm, goddamnit). There is no New York like this now, it’s all banks and Dunkin Donuts and box stores thanks to Rudy and Mike’s suburbanization program.

But the Real New York was so hot and so wild and so much fun. Anita in her crazy outfits was at the red hot center of it all. She came in just at the end of the Warhol era, but what was also the apex of it. She was a star of Michael Musto’s columns and Patrick McMullan’s photos, a regular in the Voice and Paper and Interview. She was the quintessential hip at a time when Blondie, the B52s, Cyndi Lauper and the Ramones ruled our world.

Anita was also such a dear person. She had a heart of gold and a real soul. It’s tragic to think that at 68, suffering from cancer, she couldn’t find a place for herself in the world. Michael Musto reports that between the pain of the illness and the changes in the world, Anita was obviously bereft. Michael writes today on Facebook: “… the letter she wrote before ending her life last weekend was full of love and gratitude toward those who passed her test and were special to her…”

There wasn’t a time I ran into Anita when she wasn’t full of smiles. She wanted to know what I was doing, she had lots of news about herself, about people we knew from the 80s, from a time when you only saw people in the middle of the night and never in daylight. She’s not in Martin Scorsese’s “After Hours,” but rent it because her spirit is there– sort of in the Teri Garr character a little bit.

I’m so sad. Anita, we will really really miss you. Thanks to everyone on Facebook and Twitter who are writing great things and sharing memories including Michael, Stephen Saban, and all the others. Time has really flown.

Please add comments if you knew Anita and loved her. I will put them all up, promise. 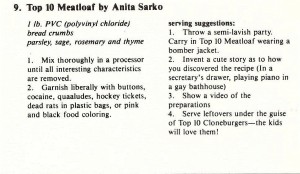